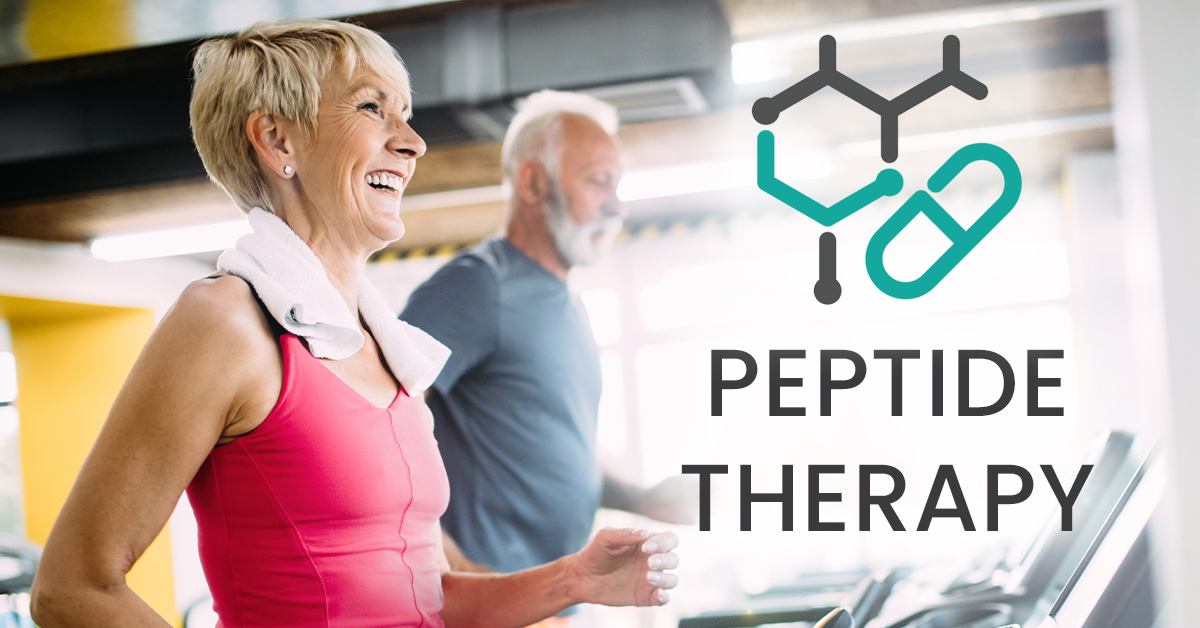 Anti-aging, Peptide Therapy, and Hormone Optimization
Increased cholesterol, a sluggish metabolism, low libido, loss of lean muscle mass and weight gain, sagging skin, slowed mental acuity, fatigue, and chronic disease states, can all be caused by changes in the body associated with aging. Dr. Magdalena Swierczewski can assist you with alleviating some of these undesirable symptoms of aging through hormone optimization and peptide therapy.

Why Peptides?
Peptides or molecules that are a combination of two or more amino acids joined together by a peptide bond. Peptides reside in every cell of the body: they are signaling molecules, hormones, enzymes, parts of receptors, and basically any messaging part of a cell. We have over 300,00 naturally occurring peptides in our bodies. Peptides have been utilized in medicine since the beginning of the 1920s. The first commercially available peptide in the United States was insulin. Presently 7000 peptides have been identified, over 140 peptides are involved in therapeutic treatments and are being explored in clinical trials, and more than 500 therapeutic peptides are being used in pre-clinical development. There are over 60 FDA approved peptide medicines on the market today and the number continues to grow. When naturally occurring peptides are re-created for medical therapeutics their specificity translates into excellent profiles for safety, tolerability, and efficacy in humans. Peptides are being shown to be successful in regulation of blood glucose, controlling insulin levels, treating inflammatory diseases, brain diseases, cardiac disease, metabolic syndrome, weight issues, immune deficiencies, cancers, bone and joint problems, sleep disorders, anxiety, depression and fatigue.

Most humans begin to seize making sufficient signaling peptides by around age 30. As we age, the cells of our brain and body slow down, they stop replicating, growing, proliferating—why? Because the peptides that signal this proliferation cycle begin to ebb. As a result, cells begin to either lose their efficiency or they begin making signaling mistakes, impacting all cell functioning and triggering the creation of senescence cells which, cause inflammation, immune dysfunction, DNA damage, stem cell dysfunction, and reactive oxidative species (ROS). This leads to aging, a disease of brain-body functioning marked by loss of cellular efficiency. This is when we develop disease states (diabetes, chronic inflammatory states, cancers, obesity, loss of lean muscle mass, loss of physical endurance, immune compromise, endocrine disorders, hormonal imbalance, loss of collagen, orthopedic disorders, neuromuscular disorders, cognitive impairment, dementia, Alzheimer’s, Parkinson’s, anxiety, depression, insomnia, etc.). The good news is, that peptides can intervene and make cells efficient again.